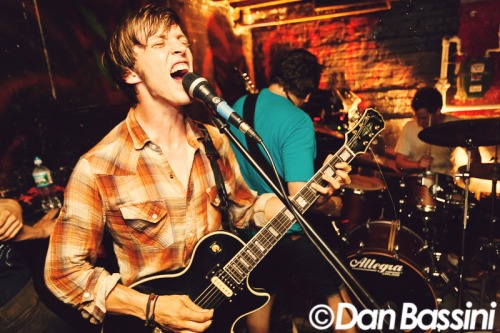 Spent my Sunday morning listening to Don’t Take Our Filth Away by Duck. Little Brother, Duck! A very solid, fun record full of energy. Everybody Loves Screamo is a good start if you’ve never heard this band before:

If you like what you hear, you can listen to Duck. Little Brother, Duck! on Spotify or grab some free music here and here.

Tiny Moving Parts released a new video and I like it very much.

I was supposed to see TTNG (formerly known as This Town Needs Guns) live in Stockholm tonight. I had planned to, at least. That didn’t happen, because I chose to spend my money on a new cruiser skateboard instead (hey, I’m a student, I need to prioritize!). It’s been a while now since I discovered TTNG. I liked their music immediately. Stuart Smith, who was the singer at the time, has a very original voice. Together with some indie touched math rock music that made awesome tunes. Stuart left the band a while ago, though, replaced by Henry Tremain. TTNG just released a new album called 13.0.0.0.0, which I haven’t listened to a lot, yet. I must say that Henry’s voice hasn’t caught my attention like Stuart’s did.

If you want to check out these guys, you should visit their Bandcamp page. I personally think you should start with listening to their album Animals. Pig is one of my favorite tracks from that album:

TTNG currently have 94 109 listeners on Last.fm (pages for TTNG and This Town Needs Guns combined).